The Aqueduct Aquaponic Growing System is a small-scale aquaponic system engineered for the greenhouse classroom. The basic four tank system has a 5′ x 20′ footprint with a 650-gallon system, supporting up to 100 plants and 50 – 75 fish. The Aqueduct is sold as a complete growing system that can be assembled in as little as a day by two to three people. It ships with all required components to operate the system, including floating rafts, media, starter seeds and a six-month supply of fish feed to quickly get you growing (fish not included). The Aqueduct is engineered to expand along with your classroom, capable of simultaneously meeting the needs of various growing environments, including fully indoor environments. 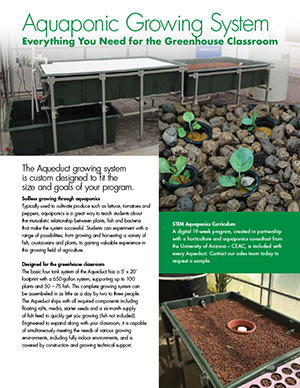 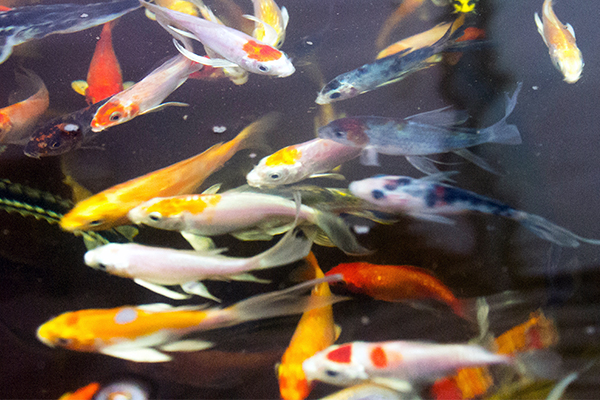 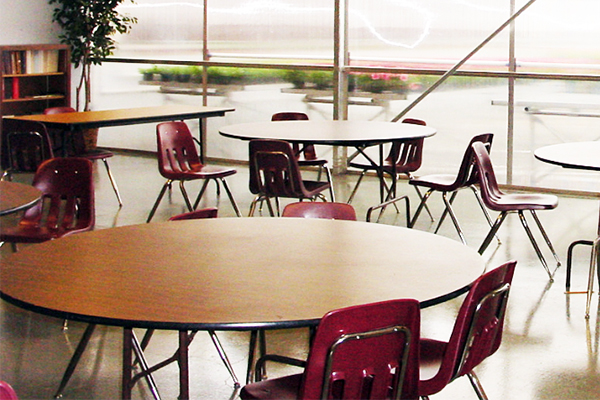 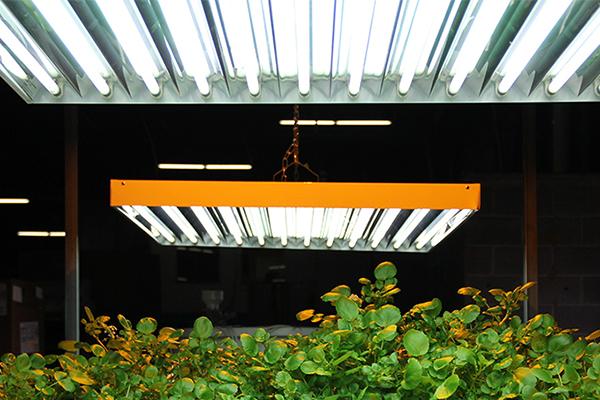